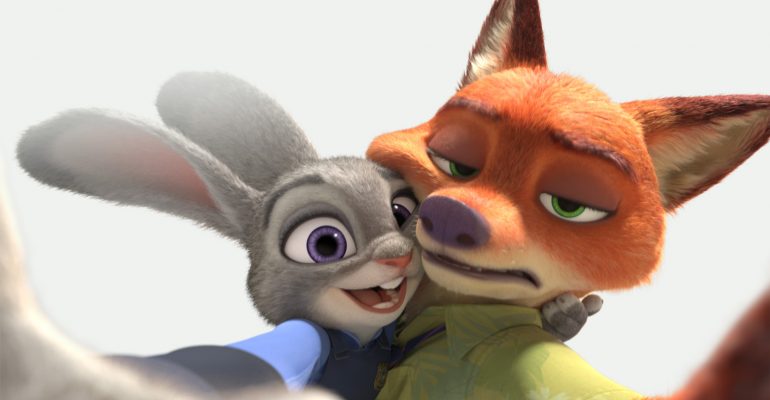 Before settling in Kaunas Mega, Zoopark residents did not spend time in vain – rabbits, sheep, the rooster, guinea pigs and even rascal meerkats travelled to Hollywood, the place where stars are born, where they starred in a very popular film Zootopia.

Rabbits and sheep from Zoopark that performed the main roles say that the experience in Hollywood left an unforgettable impression and new friends met at the shooting site up to now write them letters. Meanwhile, animals that played smaller parts, such as meerkats and the rooster, had time to travel and visit the west coast of the United States of America and its celebrities.

Bantam rooster, living at Zoopark since June of 2017, tells that during the time free from shooting he became good friends with other actors, such as the lion and the sloth. This unusual trio received a lot of attention, since a friendship between a rooster and a lion has never been recorded.

The sheep that performed one of the main roles in Zootopia out of all animals remembers the acting experience with the greatest joy – during shooting in Hollywood she met the love her life, the ram Kevin. The lovebirds even plan wedding, however, the date of the wedding remains a secret.